2 years in detention, now 'waiting ... just waiting': brother and sister on opposite sides of the system. by Fernanda Echavarri TWEET SHARE 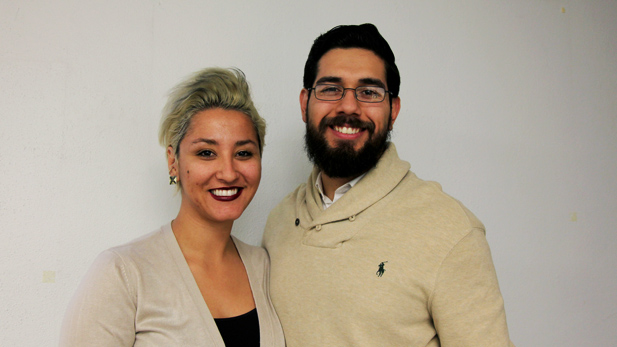 After spending two years in an immigration detention center, Alejandra Pablos was released in 2013 and has been waiting to hear what will happen to her case while constantly checking in with immigration officials.

Alejandra's younger brother, Jesus Magana, is a U.S. citizen and military veteran. He chose not to re-enlist and became an activist because he "couldn't fight for a country that would deport my sister."

Alejandra was a legal permanent U.S. resident for many years, but lost her green card after she was charged with a nonviolent misdemeanor.

The siblings were separated for two years, while Alejandra was in immigration detention and Jesus was in the military. Now the two are working with multiple immigrant rights organizations to try to change policy and prevent green card holders and military veterans from deportation.

Listen to the interview here:

Hear the story from December 2013 here.

Obama Deportation Deferral May Affect 135,000 in Arizona Siblings Apart For Years, One US Citizen, Other Faces Deportation Study: Immigration Enforcement Doesn't Drive Self-Deportation
By posting comments, you agree to our
AZPM encourages comments, but comments that contain profanity, unrelated information, threats, libel, defamatory statements, obscenities, pornography or that violate the law are not allowed. Comments that promote commercial products or services are not allowed. Comments in violation of this policy will be removed. Continued posting of comments that violate this policy will result in the commenter being banned from the site.