Arizona senator points to his own experience as a prisoner of war during the Vietnam War. by Christopher Conover TWEET SHARE 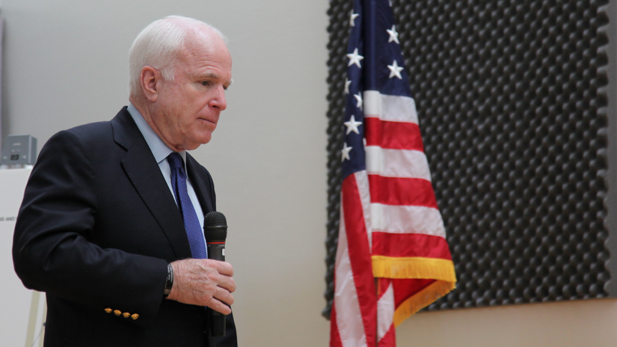 Many Republicans are speaking out this week against the U.S. Senate Intelligence Committee report condemning the CIA's use of torture of prisoners in the years following the 9/11 attacks.

He was a prisoner of war during the Vietnam War.

“I know from personal experience that the abuse of prisoners will produce more bad than good intelligence," he said. "I know that victims of torture will offer intentionally misleading information if they think their captors will believe it. I know they will say whatever they think their torturers want them to say if they believe it will stop their suffering.”

McCain said the truth of the report is hard to swallow, and that it "stained our national honor."

McCain Says He Likely Will Seek Another Term in 2016 Arizona electoral votes accepted after storming of the Capitol Arizona tax agency head fired after defending education tax
By posting comments, you agree to our
AZPM encourages comments, but comments that contain profanity, unrelated information, threats, libel, defamatory statements, obscenities, pornography or that violate the law are not allowed. Comments that promote commercial products or services are not allowed. Comments in violation of this policy will be removed. Continued posting of comments that violate this policy will result in the commenter being banned from the site.