Forecast based on mismatch between labor pool, skills needed for jobs in health care, other tech fields. by Zachary Ziegler TWEET SHARE 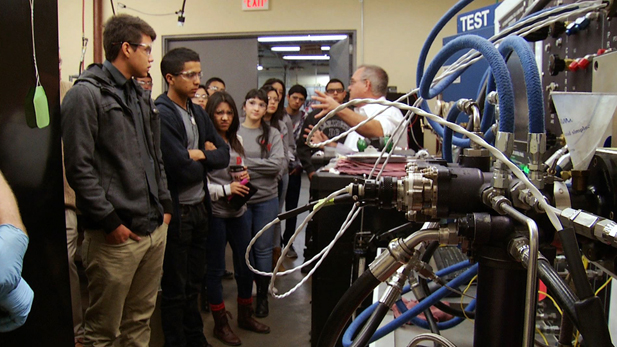 Tucson job growth for 2015 is forecast at 1.8 percent, at a rate below the state's average since the recession ended, the Arizona Office of Employment and Population Statistics says.

That compares with a 2.6 percent growth rate forecast for Phoenix area jobs.

A recent career fair at Tucson College offers a clue to the slow job growth. At the fair, employers outnumbered job seekers, and some complained that they can't find enough qualified workers.

Among them was Steve Torres, who was recruiting nurses and other medical staff for MGA Home Healthcare of Tucson.

“The thing with Arizona is the number of nurses to facilities here," Torres said. "From that aspect, it makes it difficult.”

Torres said his company could take on more clients, but it first needs more staff.

That number represents one-fourth of all anticipated local job growth, a sign of continued sluggishness.

Among other recruiters at the career fair was Tucson manufacturer PolyPrint, maker of packaging for processed foods.

PolyPrint recruiter Katherine Edwards-Decker said jobs in the factory are entry-level, needing no outside training, certifications or post-secondary education required.

“In the factory, we don’t require that they have any kind of degree," PolyPrint recruiter Terri Davis-Worth said. "Maybe in the office they need to have a degree. They do need a high school diploma and be over 18.”

Manufacturing jobs such as those at PolyPrint were less common at the job fair than were those in health care, which is right in line with economic forecasts for this year and next.

The state prediction is that Tucson’s education and health services sectors will add nearly 3,000 jobs in the next two years.

The increase in health care jobs represents an ongoing shift from the region’s traditional growth areas – manufacturing and construction. Manufacturing is forecast to add about 300 jobs, while construction is finally showing some rebound.

An estimated 700 new construction jobs are expected this year, a growth rate of 4.6 percent.

Economist: 2016 Tucson Job Growth Will Outpace US Average Arizona Worst in Nation in Construction Job Loss Year in Review: Job Growth 'Anemic;' Streetcar a Highlight
By posting comments, you agree to our
AZPM encourages comments, but comments that contain profanity, unrelated information, threats, libel, defamatory statements, obscenities, pornography or that violate the law are not allowed. Comments that promote commercial products or services are not allowed. Comments in violation of this policy will be removed. Continued posting of comments that violate this policy will result in the commenter being banned from the site.