Interpol's drummer Sam Fogarino talks about how the band measures and enjoys their current success. by Sandra Westdahl Tweet 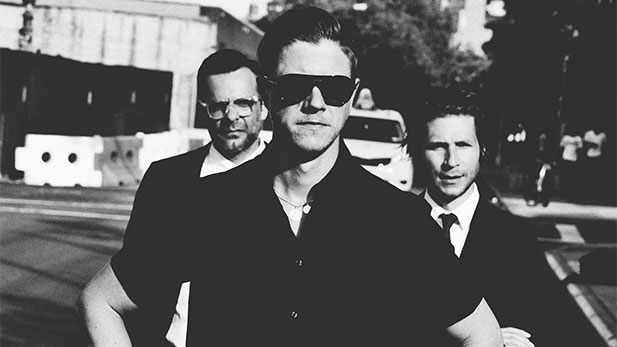 The rock band Interpol was formed in 1997, and its electric stage presence helped make it one of the most popular bands on the New York club scene.

Each of Interpol's five studio albums has garnered critical and commercial success. The most recent - El Pintor - came out last fall, and signaled the end of a self-imposed two-year hiatus. Interpol's three core members spent the time with their families, and worked on other projects.

The band is playing Tucson next week, and Sandra Westdahl talked with drummer Sam Fogarino about the how they are measuring - and enjoying - their current success...

Interpol performs at The Rialto Theatre in Tucson on Wednesday, April 8th, and at The Marquee Theatre in Tempe on Sunday April 12th, 2015.

Suzanne Vega Burt Bacharach: A Love Affair with Music Stairwell Session: Oliver Ray
By posting comments, you agree to our
AZPM encourages comments, but comments that contain profanity, unrelated information, threats, libel, defamatory statements, obscenities, pornography or that violate the law are not allowed. Comments that promote commercial products or services are not allowed. Comments in violation of this policy will be removed. Continued posting of comments that violate this policy will result in the commenter being banned from the site.