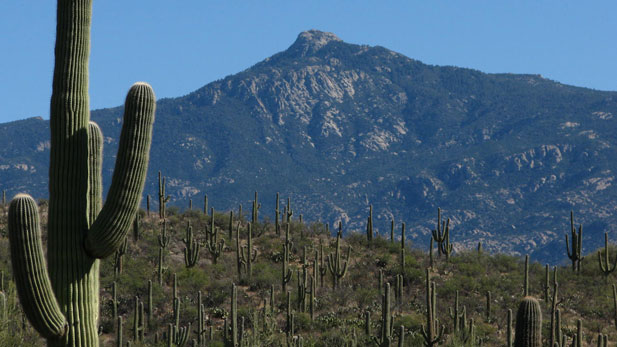 Nearly 11 million visits were paid to the 21 National Park lands last year. Park service economists estimate that those visits and the money spent by visitors helped support 13,359 jobs, and had a cumulative effect of $1,105,145,877 on Arizona's economy.

Southern Arizona's largest contributor was Saguaro National Park, which accounted for 673,572 visits and $41,588,200 of visitor spending.

People visiting National Park Service in Southern Arizona contributed $63,790,100 to the local economy. Parks in the area accounted for 1,051,924 visits.

Explore the map to find out the number of visits, the amount visitors spent, and the number of jobs that spending helped support at each Arizona national park, monument, historic site, or recreation area in 2014.

Study: More College Grads Would Boost State Economy US Parks Draw Record Crowds Ahead of 100th Anniversary National Park Service Turns 99, Centennial Celebration Begins
By posting comments, you agree to our
AZPM encourages comments, but comments that contain profanity, unrelated information, threats, libel, defamatory statements, obscenities, pornography or that violate the law are not allowed. Comments that promote commercial products or services are not allowed. Comments in violation of this policy will be removed. Continued posting of comments that violate this policy will result in the commenter being banned from the site.