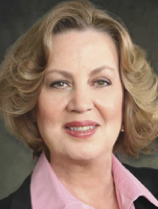 Bitter Smith is listed as the executive director of the Southwest Cable Communications Association, a trade group for cable providers in Arizona and New Mexico. The Arizona Secretary of State's website lists Bitter Smith as a SWCCA active lobbyist.

Arizona law prohibits Corporation Commissioners from being employed by or having an official relationship to companies regulated by the Commission.

Bitter Smith was elected to the Corporation Commission in 2012. Secretary of State records show she has been registered as a lobbyist for SWCCA since 1997.

Bitter Smith has also been registered as a lobbyist for two affiliates of Cox Communications since 2007.

“Sometimes there are gray areas," said Brnovich. "Sometimes people step over lines or come close to lines, but that isn’t what happened here. This is clearly a violation.”

A statement from Bitter Smith said she has no conflict because cable companies are federally regulated, and suggests the complaint is politically motivated.

Brnovich said many cable companies in Arizona offer telephone service, which is regulated by the Corporation Commission.

He expects Arizona Supreme Court will take action within 30 days. The court will either schedule a hearing for the petition or send it to lower courts.

Attorney General Horne to Settle Clean Elections Investigation Corporation Commission Proposes Changes to Energy Efficiency Rules Electors, tribal leaders react to seizure of Capitol building
By posting comments, you agree to our
AZPM encourages comments, but comments that contain profanity, unrelated information, threats, libel, defamatory statements, obscenities, pornography or that violate the law are not allowed. Comments that promote commercial products or services are not allowed. Comments in violation of this policy will be removed. Continued posting of comments that violate this policy will result in the commenter being banned from the site.