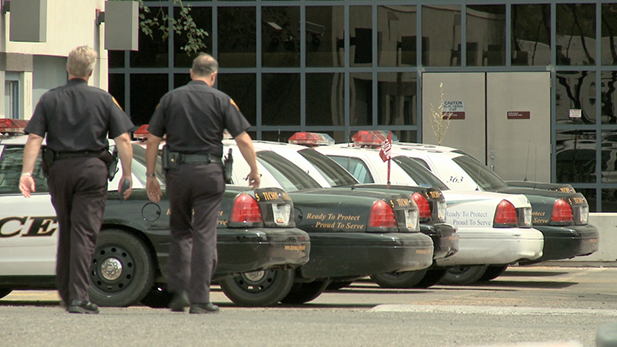 In the wake of last week’s mass killings of Dallas police officers, the Tucson Police Department is examining its own procedures for dealing with protests and demonstrations.

Tucson has had its share of loud community protests. When Donald Trump held his rally here last March – Tucson police formed a human barrier, placing officers between protesters and Trump supporters.  At that event, two people were arrested and no one was seriously injured.

“Tucson isn’t perfect. I think there are a lot of things that we could do much better,” he said.

TPD is 60 days into a re-organization plan that puts more officers out in the streets. It is a budget-cutting measure, and part of the President’s task force to improve police departments' relationships in their communities.

Batista says keeping the peace is not only about the latest training and the best equipment – it is also about knowing the community.

Racial Divide in Country Inspires UA Student to Act Frontline: Policing the Police Camp Encourages Girls to Be Firefighters, Police Officers
By posting comments, you agree to our
AZPM encourages comments, but comments that contain profanity, unrelated information, threats, libel, defamatory statements, obscenities, pornography or that violate the law are not allowed. Comments that promote commercial products or services are not allowed. Comments in violation of this policy will be removed. Continued posting of comments that violate this policy will result in the commenter being banned from the site.