Panel to Look at Intersection of Privacy, Journalism, Society 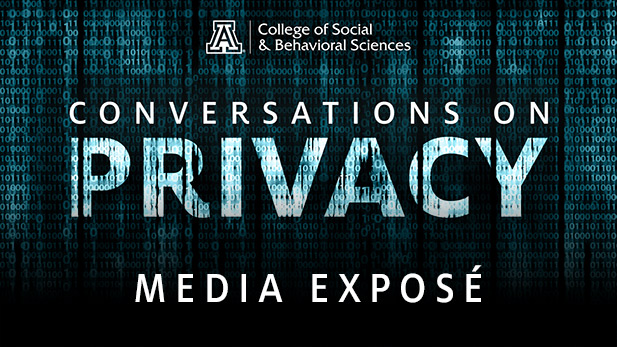 The effect of every click and swipe of an internet user is reshaping journalism and society in general, and that’s reason to worry, said David Cuillier, director of the University of Arizona School of Journalism.

Cuillier will take part in a panel discussing the intersection of privacy and journalism Wednesday, Oct. 26 in downtown Tucson.

The discussion is the third in a series of discussions on privacy taking place at the Fox Theatre in Tucson through Nov. 16, hosted by the University of Arizona College of Social and Behavioral Sciences.

The effect of internet users’ activities touches on “a lot of issues dealing with, ultimately not just journalism, but our society and how we make decisions and whether or not we’re informed about those decisions,” Cuillier said.

Also participating is Associated Press reporter Jack Gillum, a former Tucsonan who is now based in Washington, D.C. He said people should realize that once they post something, it cannot be taken back.

“From a reporter’s perspective, people do put a lot out there, whether they realize it or not,” Gillum said.

The Conversations on Privacy series begins at 6:30 p.m. each Wednesday through Nov. 16.

UA Journalism School Signs Letter Critical of Broadcast Group News Media Lawyer: Free Press Is Nonpartisan Issue Nation's Latinos Crossing the Digital Divide
By posting comments, you agree to our
AZPM encourages comments, but comments that contain profanity, unrelated information, threats, libel, defamatory statements, obscenities, pornography or that violate the law are not allowed. Comments that promote commercial products or services are not allowed. Comments in violation of this policy will be removed. Continued posting of comments that violate this policy will result in the commenter being banned from the site.