Program helps teach students about cycling by letting them compete with other schools. by Zachary Ziegler TWEET SHARE 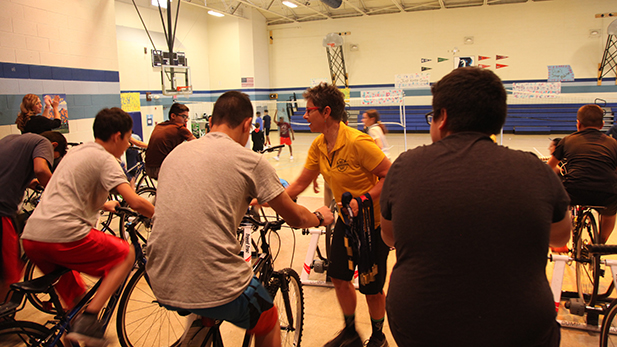 Thousands of cyclists will ride in El Tour de Tucson on Saturday morning, but they will not be the first Tucsonans logging miles on their bicycles for the event.

The Indoor El Tour has taken place for eleven years, and has partnered with area schools for seven years.

“We have eight different locations and we’re expecting between 2,700 and 3,000 kids participating this year,” said El Tour's Elaine Mariolle.

The program brings bikes to local schools, where students compete to see which school can rack up the most minutes of pedaling.

One of the schools taking part in the Indoor El Tour is Billy Lane Lauffer Middle School.

“It’s a really cool opportunity for them to do something other than the traditional P.E. - roll out the ball and play basketball or volleyball," said school Principal Thom Luedeman. "They’re getting physically fit and they’re learning a skill that’s lifelong.” 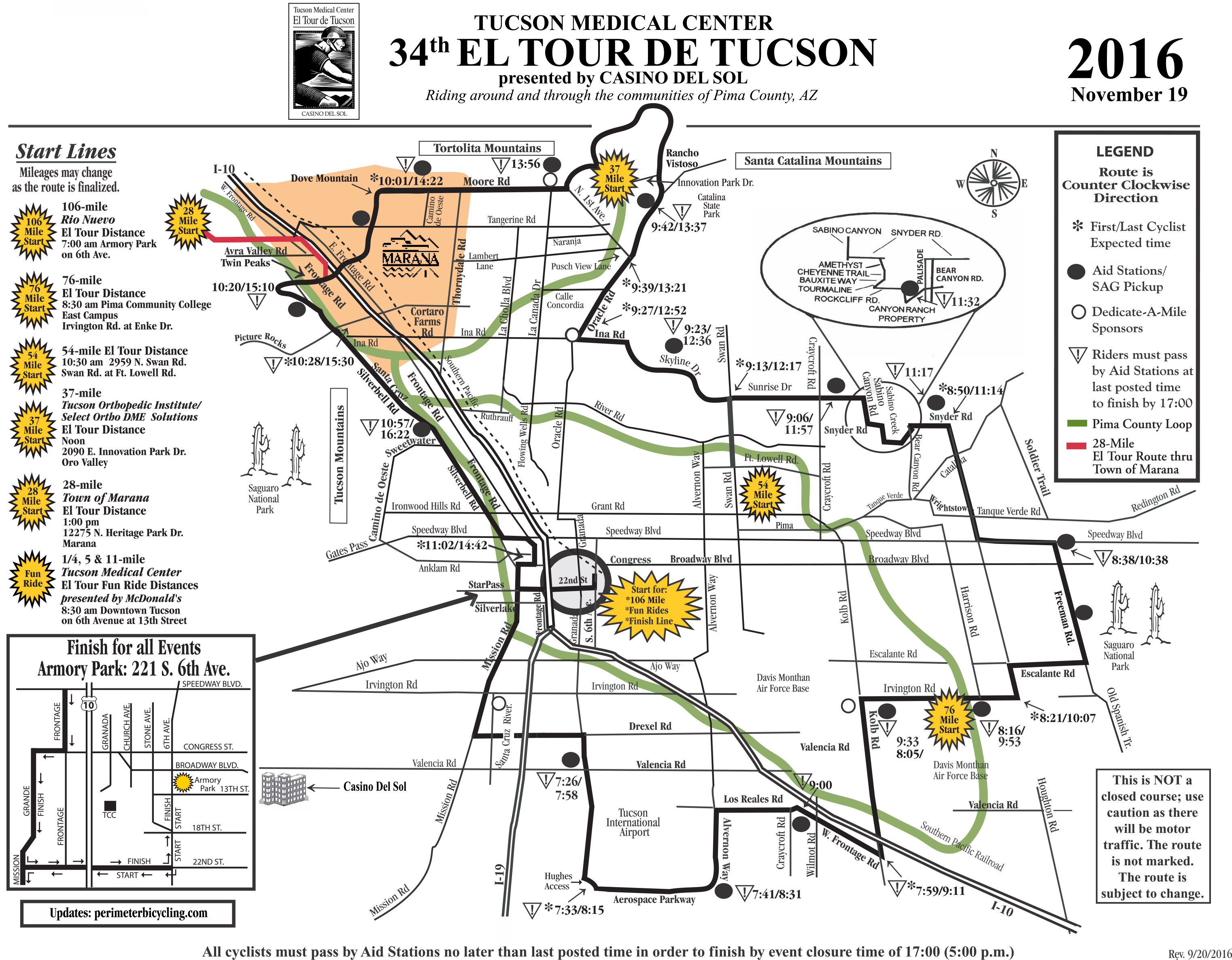 Unlike outdoor participants, indoor racers are going for minutes, not miles. The schools compete against each other to see which location racks up the most time pedaling.

Worried about getting around town during El Tour de Tucson? Click on the map to the right for the race's path and estimates of when cyclists will be present in each stretch.

Countdown Begins for 2018 El Tour de Tucson El Tour Brings 1000s of Cyclists to Tucson Streets Saturday Pima County Celebrates Walk and Bike to School Day Friday
By posting comments, you agree to our
AZPM encourages comments, but comments that contain profanity, unrelated information, threats, libel, defamatory statements, obscenities, pornography or that violate the law are not allowed. Comments that promote commercial products or services are not allowed. Comments in violation of this policy will be removed. Continued posting of comments that violate this policy will result in the commenter being banned from the site.