Census: US Migration to Tucson Doubled in 2017

The only Arizona counties to lose population were in the southeast portion of the state. by Zachary Ziegler Tweet 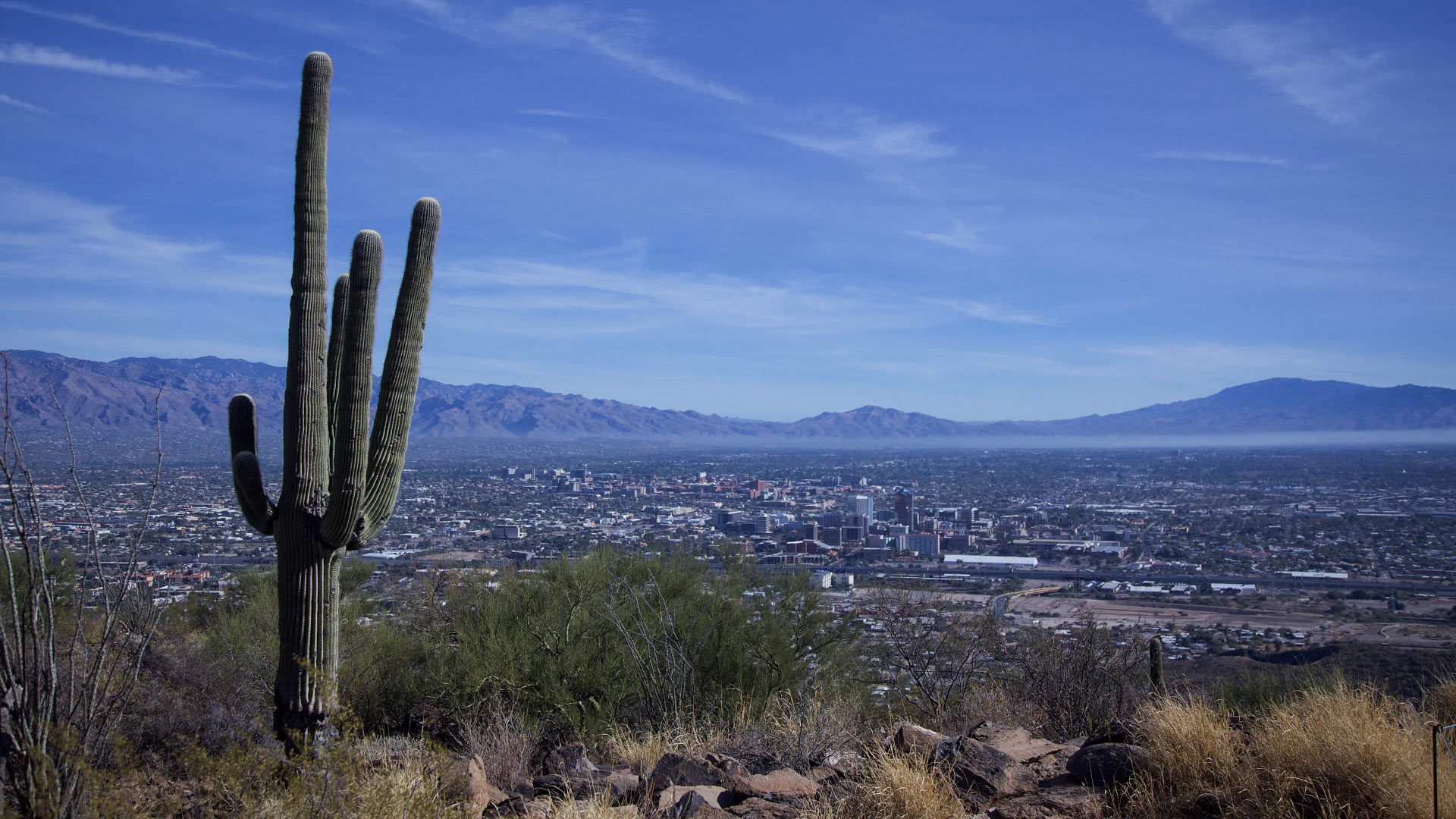 A view of downtown Tucson from the west, January 2018.
Nick O'Gara, AZPM

Southern Arizona's population grew by more than 10,000 in 2017, according to the latest estimates from the Census Bureau.

The bulk of the population growth was centered in the Tucson metropolitan area, which saw the number of residents increase by 1 percent from the previous year.

The majority of growth in Tucson's population came from a doubling of domestic migration. More than 6,000 people relocated to Tucson from within the U.S.

Births, deaths and international migration were relatively unchanged from the previous year.

The majority of counties in the state grew. All three counties that lost population were in the state's southeastern corner: Cochise (-599 residents), Graham (-301) and Greenlee (-168) counties.

The Phoenix metro area grew by 89,000, making it one of the fastest-growing metro areas in the country.

Census: Tucson's Growth Strongest Outside City Limits Census Bureau: Arizona's Imports, Exports Drop in 2016 Census: Tucson Grew By 8,000 People in 2016
By posting comments, you agree to our
AZPM encourages comments, but comments that contain profanity, unrelated information, threats, libel, defamatory statements, obscenities, pornography or that violate the law are not allowed. Comments that promote commercial products or services are not allowed. Comments in violation of this policy will be removed. Continued posting of comments that violate this policy will result in the commenter being banned from the site.