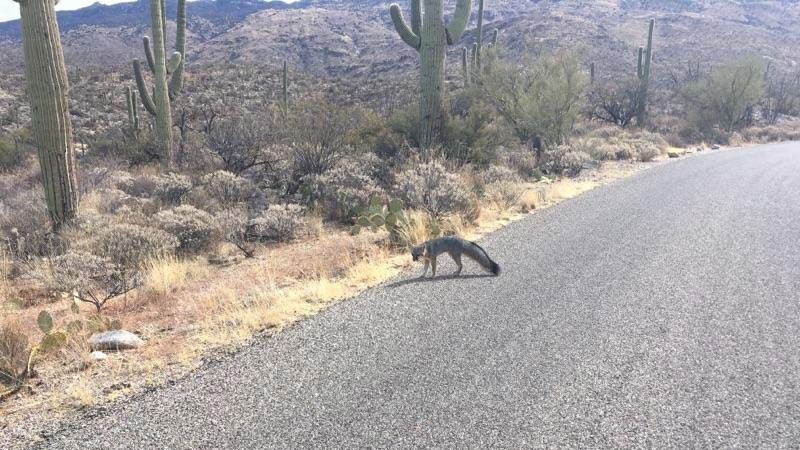 The Arizona Department of Health Services said Tuesday there had been 77 cases reported in the first five months of the year, compared with 54 during the same period in 2017.

Most of the animals identified with the disease were in rural areas, and the bulk of them were skunks and foxes. State health officials say they also expect an increase in rabid bats is expected as the weather gets warmer.

Dr. Cara Christ, director of the Arizona Department of Health Services, says pets should be kept on a leash and vaccinated against rabies, and people and pets should not interact with wild animals in rural areas.

Possibly Rabid Fox Spotted in Saguaro National Park Uptick in Southern Arizona Rabies 'Outbreak,' Wildlife Officials Say Ducey tries to streamline vaccine delivery
By posting comments, you agree to our
AZPM encourages comments, but comments that contain profanity, unrelated information, threats, libel, defamatory statements, obscenities, pornography or that violate the law are not allowed. Comments that promote commercial products or services are not allowed. Comments in violation of this policy will be removed. Continued posting of comments that violate this policy will result in the commenter being banned from the site.