The scientists have found more rocks than expected on the surface of the asteroid Bennu. by Tony Perkins TWEET SHARE 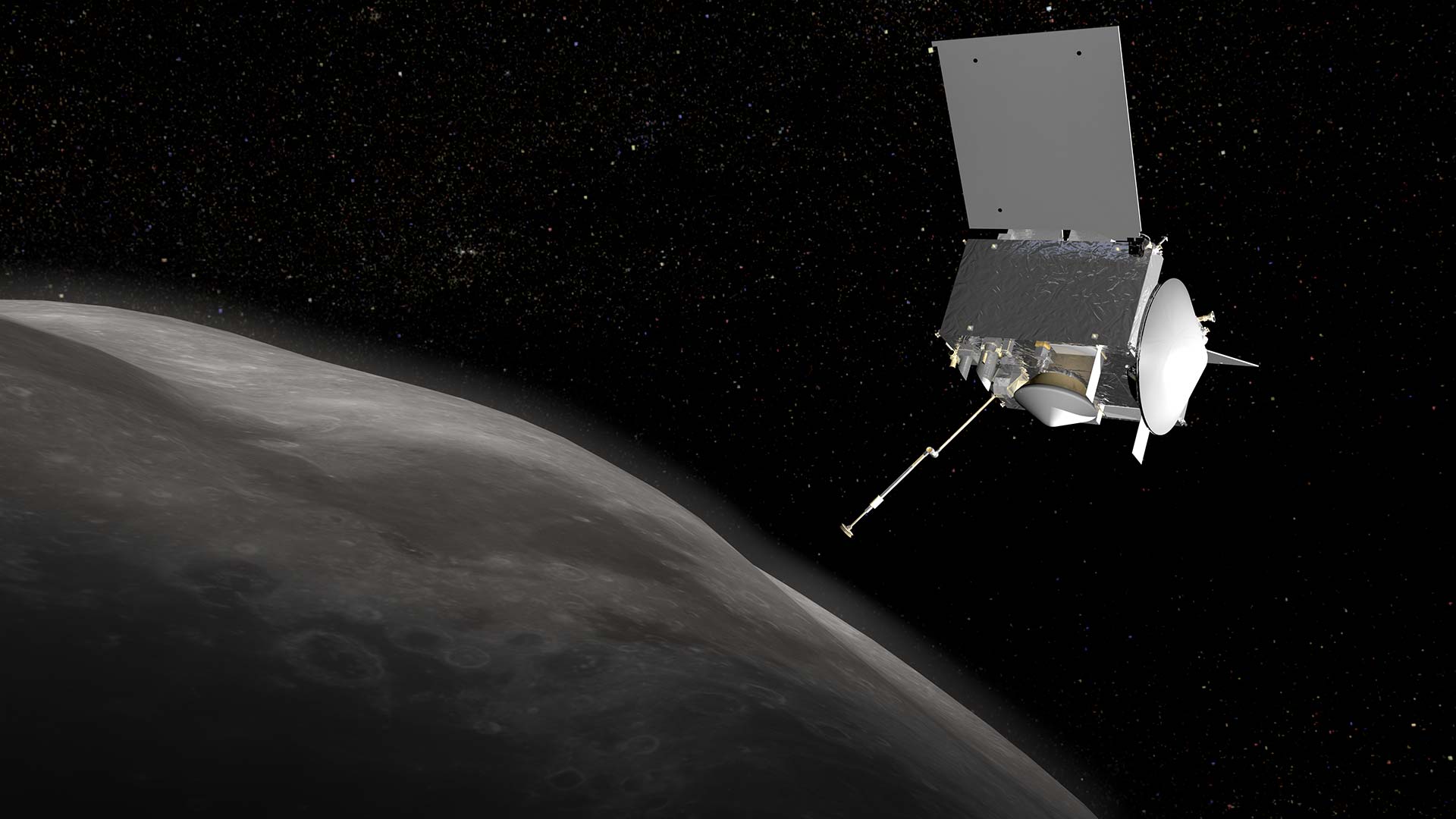 The OSIRIS-REx spacecraft will attempt to sample soil from the surface of the asteroid Bennu.
NASA

It could be a rocky road for the next phase of the OSIRIS-REx space mission. Scientists working on the University of Arizona-backed effort are looking for an area to sample soil from the asteroid Bennu, which has turned out to be rougher than expected.

OSIRIS-REx has been orbiting Bennu for about one month, and space scientists can already tell the asteroid is covered with boulders. Planetary scientist Josh Emery says the number of rocks and other surface features the spacecraft has photographed so far has been surprising.

"In fact there are so many that it's going to be harder to sample, to find a place where we can pick up a sample," he said.

OSIRIS-REx is scheduled to spend most of the year flying closer to Bennu's surface and looking for a smooth spot. The collection device aboard the spacecraft is designed to grab soil, pebbles, and stones about 2 centimeters in size and return them to Earth for study.

OSIRIS-REx team chooses spot on asteroid to grab sample OSIRIS-REx Spacecraft Finds Water On Asteroid Upcoming Milestones for OSIRIS-REx Mission
By posting comments, you agree to our
AZPM encourages comments, but comments that contain profanity, unrelated information, threats, libel, defamatory statements, obscenities, pornography or that violate the law are not allowed. Comments that promote commercial products or services are not allowed. Comments in violation of this policy will be removed. Continued posting of comments that violate this policy will result in the commenter being banned from the site.