× LET'S ALL GO TO THE LOBBY, our new podcast filled with upbeat conversation and recommendations for great movies from across time and around the world.
/ Modified aug 12, 2020 2:32 p.m. 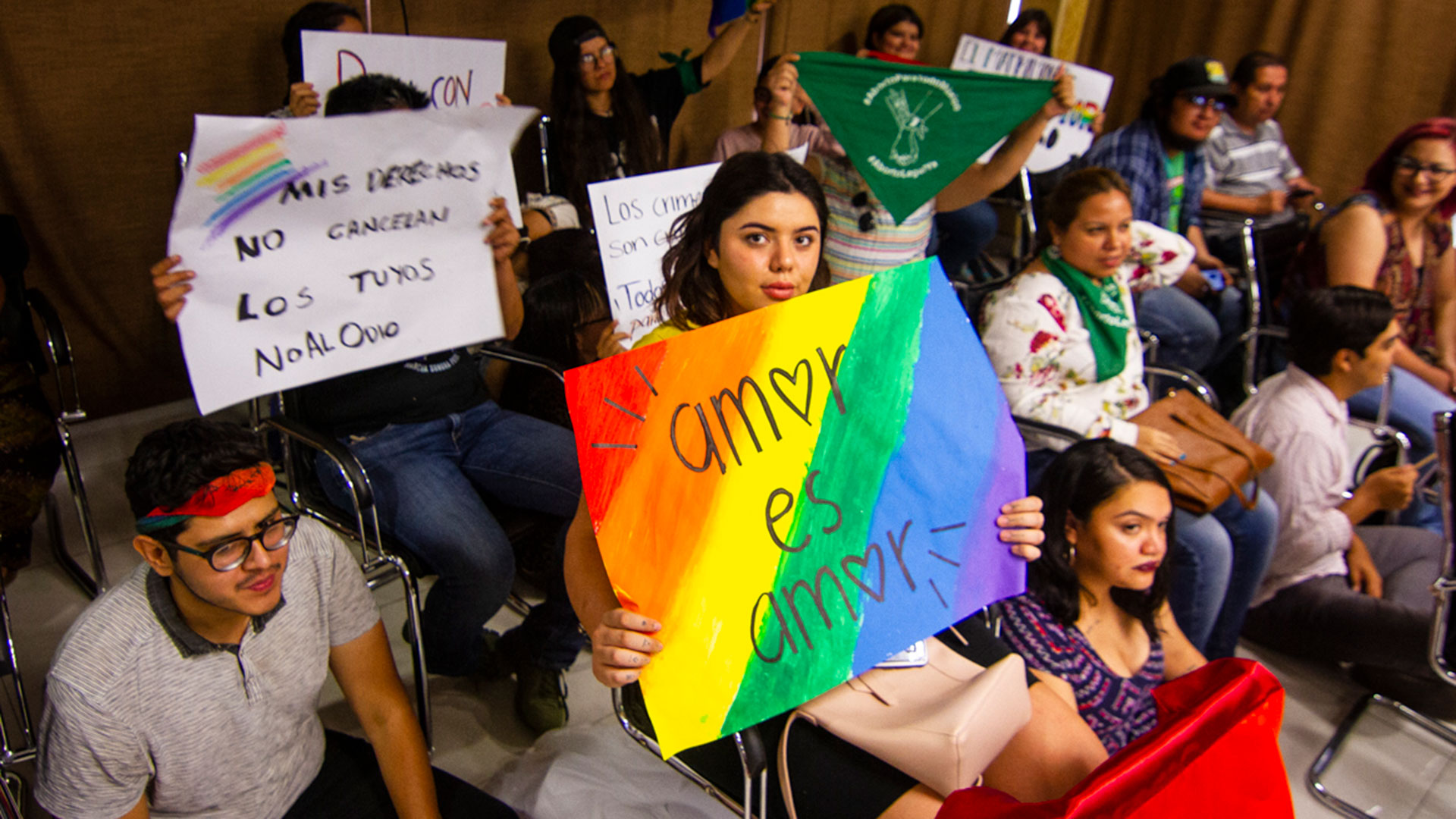 VIEW LARGER Dozens of supporters of the reform measure showed up to the hearing where it was introduced in 2019. The sign in the center reads, "Love is love."
Murphy Woodhouse/Fronteras Desk

A coalition of LGBTQ groups is pressuring the Sonoran congress to take action on marriage equality reform.

Community representatives delivered a letter to congressional leaders Tuesday that said the state’s current prohibition of same-sex marriages is unconstitutional and violates human rights. Sonoran law defines marriage as the “legitimate union” of a man and woman, and declares same-sex marriages “legally impossible.”

In 2015, Mexico’s Supreme Court Ruled that laws like Sonora’s are unconstitutional. But Sonora is one of a number of states where legislatures have not reformed their civil or family codes to reflect that ruling. A reform measure has languished in the state congress for over a year, and has yet to be discussed in relevant committees.

Neighboring Sonora becomes 24th Mexican state to approve marriage equality Arizona tracks money transfers to Mexico UA swimmer dies of bacterial infection
By posting comments, you agree to our
AZPM encourages comments, but comments that contain profanity, unrelated information, threats, libel, defamatory statements, obscenities, pornography or that violate the law are not allowed. Comments that promote commercial products or services are not allowed. Comments in violation of this policy will be removed. Continued posting of comments that violate this policy will result in the commenter being banned from the site.