Canadian songwriter on what fuels his lyrics; new documentary on his music; upcoming Tucson show by Mark Duggan Tweet

Bruce Cockburn’s first solo performance was in 1967. Since then, the Canadian singer/songwriter has traveled the world many times over. And not just on tour. He's visited places like Iraq, El Salvador and Mozambique.

Often disturbed by what he sees, he then records his experiences as song lyrics. He's been prolific for more than 40 years, following his first solo album in 1970 with another 25.

Cockburn performs at the Rialto Theater in Tucson Wednesday, March 13. He says the show will be heavy on acoustic guitars and other stringed instruments, such as dulcimers.

“There’s a few other odds and ends, too,” Cockburn says. “It’s a pretty varied show. There’ll be some different sounds.”

Cockburn’s last album, Small Source of Comfort, came out in 2011. Since then, he’s been focusing on a book and a documentary film.

Of the latter, he says “It was filmed on the same tour that a live album we put out a little while ago was recorded on. You get a taste in the film of what it's like to be on on tour and a little bit, to some extent, what it's like to be me, I guess. It’s been shown at a few festivals and been received very well.”

Cockburn has been admired for an almost 'reportorial' feel to his songs. He’s been referred to as 'music’s traveling correspondent,' with a decidedly ethical and activist approach to his songwriting. He's also cultivated his spiritual side in song. But he says it all comes from the same place.

“The songs are the product of my own emotional response to things that I encounter,” says Cockburn.

“That includes a whole range of the stuff that’s in everybody’s life. From romance to God to politics, all the things that touch us and are capable of producing an emotional reaction.”

Cockburn pauses. “As somebody who travels as much as I do, I get to see a lot of things. I’ve seen a lot of beautiful things and some not so beautiful things. And both of those extremes are capable of generating songs.” 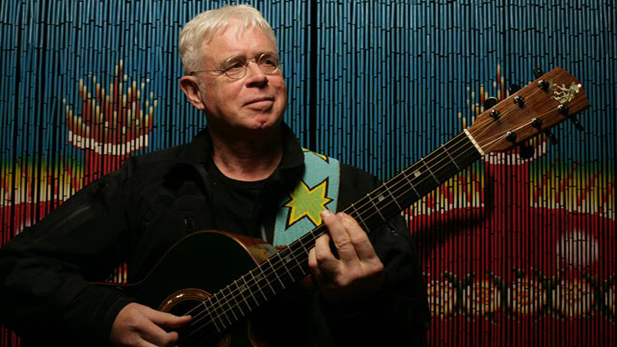 Found in Translation Tom Russell and 'The Old Weird America' "There's So Much Emotion and Fun In It..."
By posting comments, you agree to our
AZPM encourages comments, but comments that contain profanity, unrelated information, threats, libel, defamatory statements, obscenities, pornography or that violate the law are not allowed. Comments that promote commercial products or services are not allowed. Comments in violation of this policy will be removed. Continued posting of comments that violate this policy will result in the commenter being banned from the site.