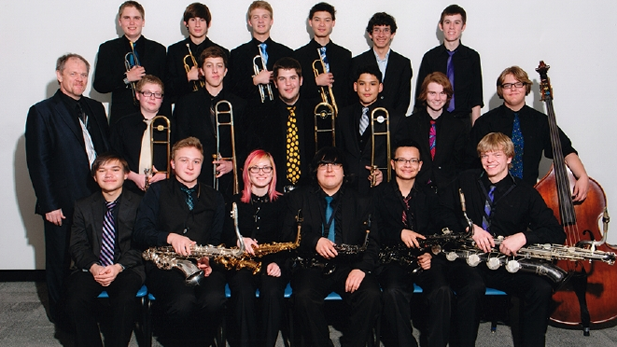 The Tucson band was one of 15 bands selected nationally by Jazz at Lincoln Center.

“It’s a life-changing event,” said Doug Tidaback, the band’s director. “You couldn’t ask for more. These are the finest musicians in the world, and they are taking an interest in our students.”

Some members of the band have practiced with the Tucson Jazz Institute since the third grade, Tidaback said. They practice twice a week and perform in the community to prepare for the competition.

“A lot of kids have been with us up to six or seven years now” Tidaback said. “They start preparing for this way back then.”

Several members of the band also won individual honors from the competition.

“One of our students, Robbie Lee, they created an award for him, 'outstanding tripler',” Tidaback said. “He played piano, he played tenor saxophone, and he sang like Louis Armstrong.”

The Tucson Jazz Institute is the only Arizona organization to send a band to the competition in the almost two decades since it started, Tidaback said. The institute also competed in 2010 and 2012 and took top honors in the community division.

“That’s a cool thing to represent Arizona in such a positive way,” Tidaback said. “Around Lincoln Center, mention Tucson and they think jazz. That’s a pretty cool thing. They don’t think some of the other things that have happened in Tucson."

Mariana Dale is a University of Arizona intern at Arizona Public Media.

Tucson Band Takes 2nd at High School Jazz Festival From Blues to Bluegrass and Beyond Finding perspective on race and privilege: "Master Harold"... and the Boys
By posting comments, you agree to our
AZPM encourages comments, but comments that contain profanity, unrelated information, threats, libel, defamatory statements, obscenities, pornography or that violate the law are not allowed. Comments that promote commercial products or services are not allowed. Comments in violation of this policy will be removed. Continued posting of comments that violate this policy will result in the commenter being banned from the site.