The comedian says he is a stand-up who is a sketch player in his heart, and that impressions can be a good way to figure out what makes people tick. by Mark McLemore TWEET SHARE 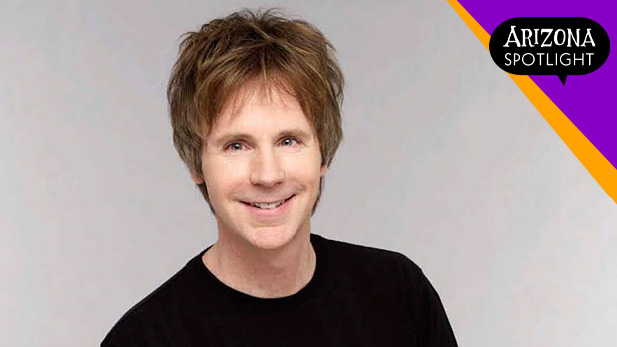 It was in 1986 that Dana Carvey made a name for himself as one of the hardest working cast members on Saturday Night Live. His list of memorable characters included Garth, Hans the bodybuilder, Massive Head Wound Harry, and The Church Lady, alongside frequent impressions of celebrities including Johnny Carson, Ross Perot, Paul McCartney, and then-president George Bush, Sr.

Carvey left SNL in 1993 after 8 years, and starred in more than a dozen movies, including the two hit Wayne's World films alongside his frequent collaborator Mike Myers. But he has often chosen to put his family first, and stay at home with his wife and two sons rather than live on the road or pursue movie roles.

Today, he makes TV & movie appearances that appeal to him, but he says he most enjoys performing live, a return to his roots as a stand-up comic. He also has given his sons Dex and Tom chances at the spotlight as his opening act.

Southern Arizona audiences can experience an evening with Dana Carvey - plus Dex and Tom - at the Fox Tucson Theatre on Friday, Sept. 18th at 7:30 pm.

Herb Alpert Martin Short: Loving the Laughter Sandra Bernhard: Loud and Proud
By posting comments, you agree to our
AZPM encourages comments, but comments that contain profanity, unrelated information, threats, libel, defamatory statements, obscenities, pornography or that violate the law are not allowed. Comments that promote commercial products or services are not allowed. Comments in violation of this policy will be removed. Continued posting of comments that violate this policy will result in the commenter being banned from the site.