Former municipal airport has seen famous flyers, been base for generations of military planes. by Christopher Conover TWEET SHARE

A Timeline of Davis-Monthan

Davis-Monthan Air Force Base sits miles from downtown Tucson, it is part of the hustle and bustle of the Old Pueblo.

That was not always the case.

In 1919, the City of Tucson opened the first municipal airport in the nation on the site of what is now called Davis-Monthan Air Force Base. Right away, the War Department recognized advantage of an airfield in Tucson.

Negotiations between the city and the federal government began and lasted for years.

In 1927, after a series of name changes, Tucson officially dedicated the airport in the names of Samuel H. Davis and Oscar Monthan, two local World War I pilots.

The field was dedicated by Charles Lindbergh months after he completed a solo, trans-Atlantic flight.

When Lindbergh landed at Davis-Monthan city officials gave him a replica of his plane, The Spirit of St. Louis, made out of ocotillo cactus.

The airport became a busy place.

“The city used this as a municipal airport, but in for refueling for planes transiting between the Air Corps at the time, also used it to come El Paso and San Diego and vice versa,” said Davis-Monthan historian Doug Herndon.

The Army sergeant in charge of refueling and checking planes kept a register of each person who stopped to refuel at the airfield. The register is filled with some of the top names in aviation during that era including Amelia Earhart and a young Capt. Jimmy Doolittle.

Doolitte went on to lead the first bombing raid of Japan in World War II. A building at the modern Davis-Monthan is named in his honor.

Davis-Monthan became an Army airfield in September 1940. Construction quickly got underway to prepare for the war everyone knew was coming. 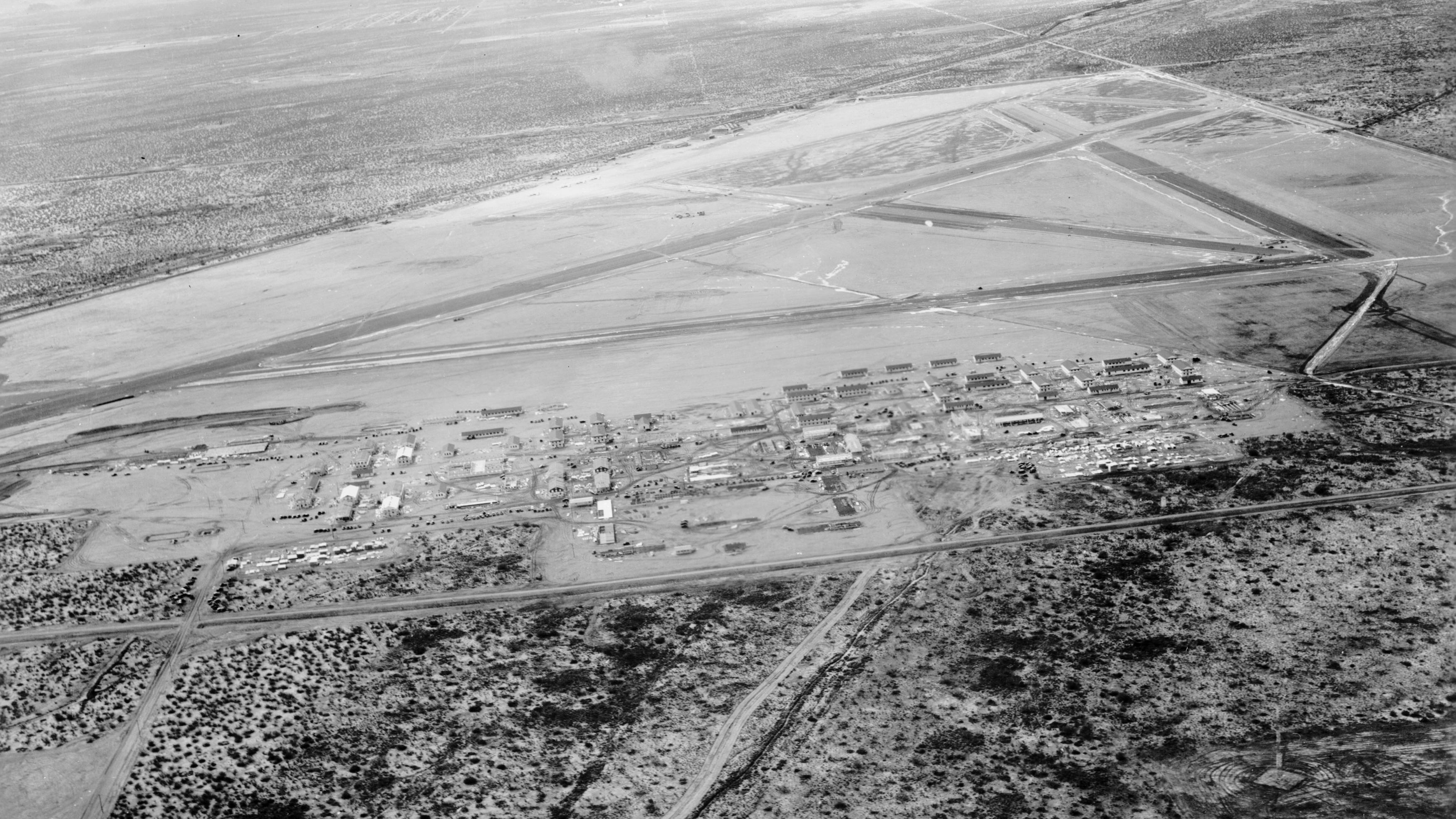 “They totally built the base at that time, the runways, the warehouses, the streets and all were actually built up in about an eight month period,” Herndon said.

On June 1, 1941 the first military planes showed up at Davis-Monthan. After the start of World War II, those planes left for the west coast to patrol for submarines and were replaced by the B-24 bomber.

From gunners to pilots, the entire, 11-member B-24 air crew was trained in Tucson. Davis-Monthan was the third largest B-24 training base in the nation.

“In January 1945, DM actually went through about a million and a half dollar(s), which at the time was an extraordinary amount of money, and it was to upgrade the facility so we could facilitate that training...And a lot of the crews left here and went to the Pacific to carry out those long range bombing missions,” Herndon said.

The end of World War Two brought a change to the base. The air crews were no longer needed. Initially, it became a base air crews were sent to as they left the military.

The military also began storing excess aircraft in the desert. The Pentagon still does that in an area at Davis-Monthan known officially as the Aerospace Maintenance and Regeneration Group (AMARG). Most people simply call it the Boneyard.

The quiet time at Davis-Monthan did not last. The Cold War brought the B-29s back to the base. Eventually those were replaced by the B-50s.

Those changes put Davis-Monthan on the cutting edge of air war technology. 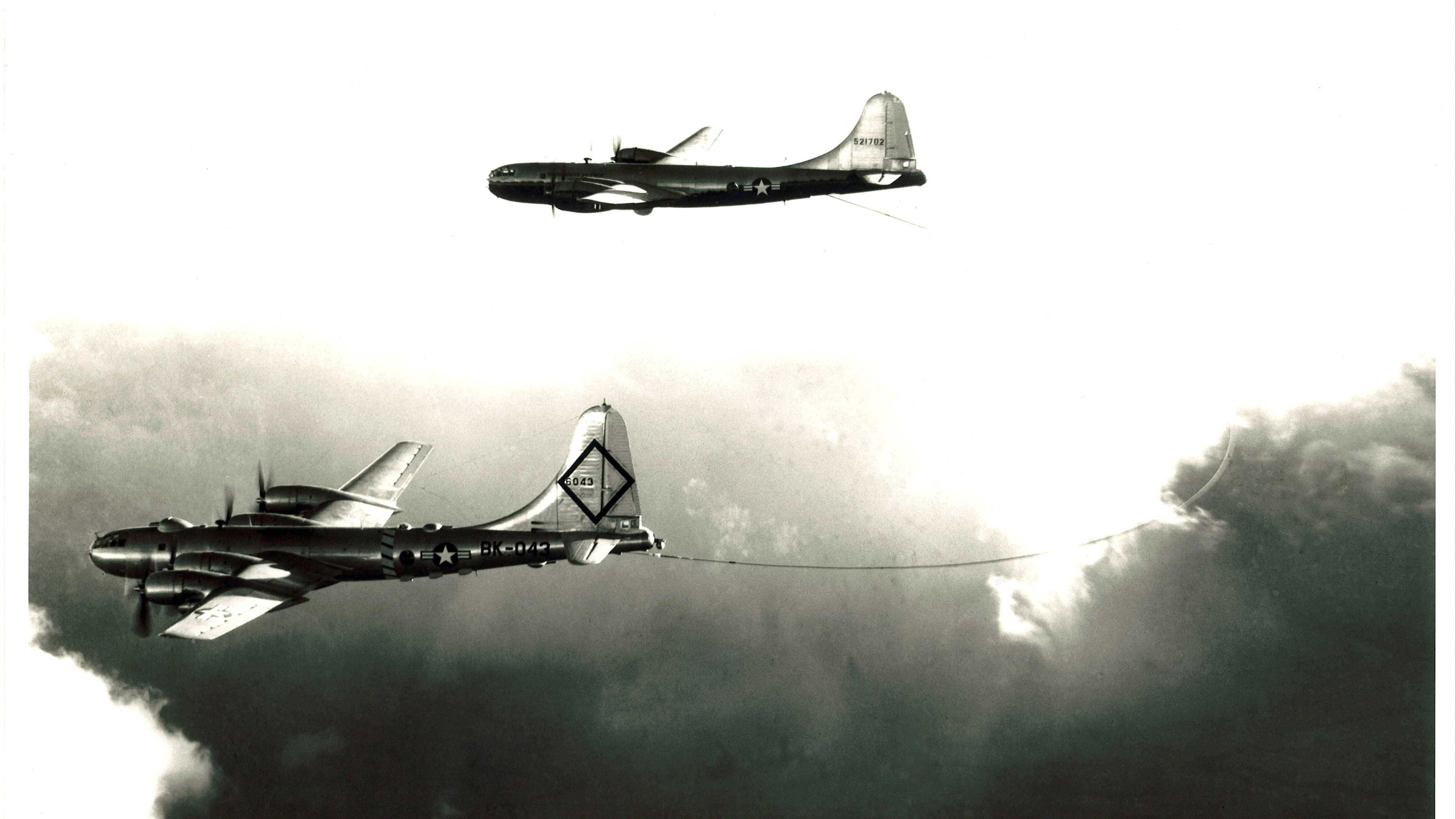 Modified B-29 bombers from Davis-Monthan AFB made the first, non-stop round the world flight in 1949.

In 1949, the Tucson based 43rd Air Refueling Squadron completed the first, non-stop round the world flight. It took the planes 36 hours to circumnavigate the globe. 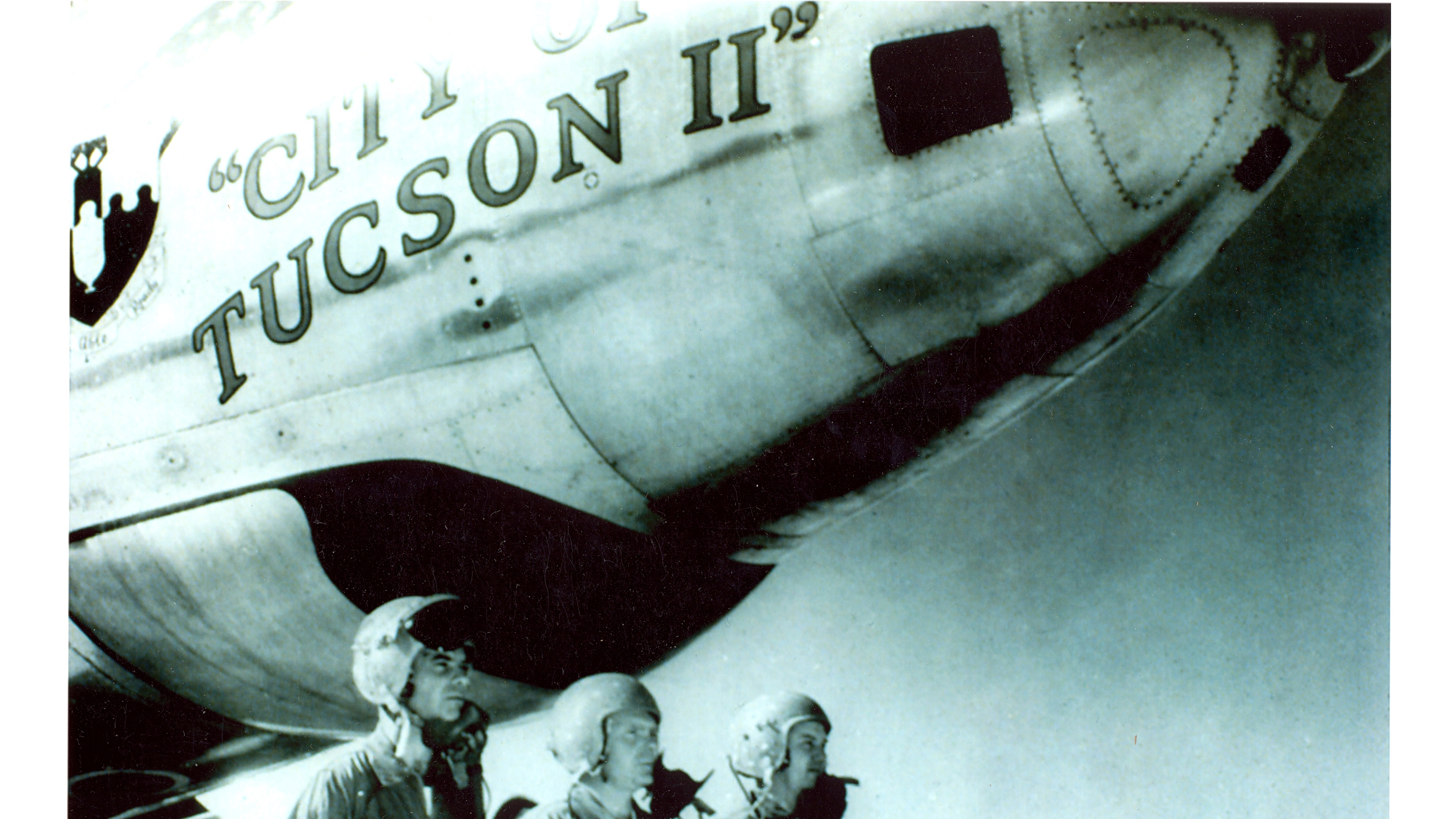 The B-47 Bomber "City of Tucson II" at Davis-Monthan AFB.
U.S. Air Force

The focus during the early part of the Cold War was on planes but crews were quietly building missile silos in the desert around Tucson.

“In December 1963 the 390th Strategic Missile Wing went active. Their weapons platform was the Titan 2 missiles. And it was the first Titan 2 missile to go active in the Air Force,” said Herndon.

The unit remained on alert until 1984 when the provisions of the Strategic Arms Treaty went into effect.

By then, the A-10, which is so familiar in the sky over Tucson had arrived.

New Commander at Davis-Monthan Air Force and Local Hospital Team Up For Training Mountain View Officers Club Gets Help For Renovations
By posting comments, you agree to our
AZPM encourages comments, but comments that contain profanity, unrelated information, threats, libel, defamatory statements, obscenities, pornography or that violate the law are not allowed. Comments that promote commercial products or services are not allowed. Comments in violation of this policy will be removed. Continued posting of comments that violate this policy will result in the commenter being banned from the site.