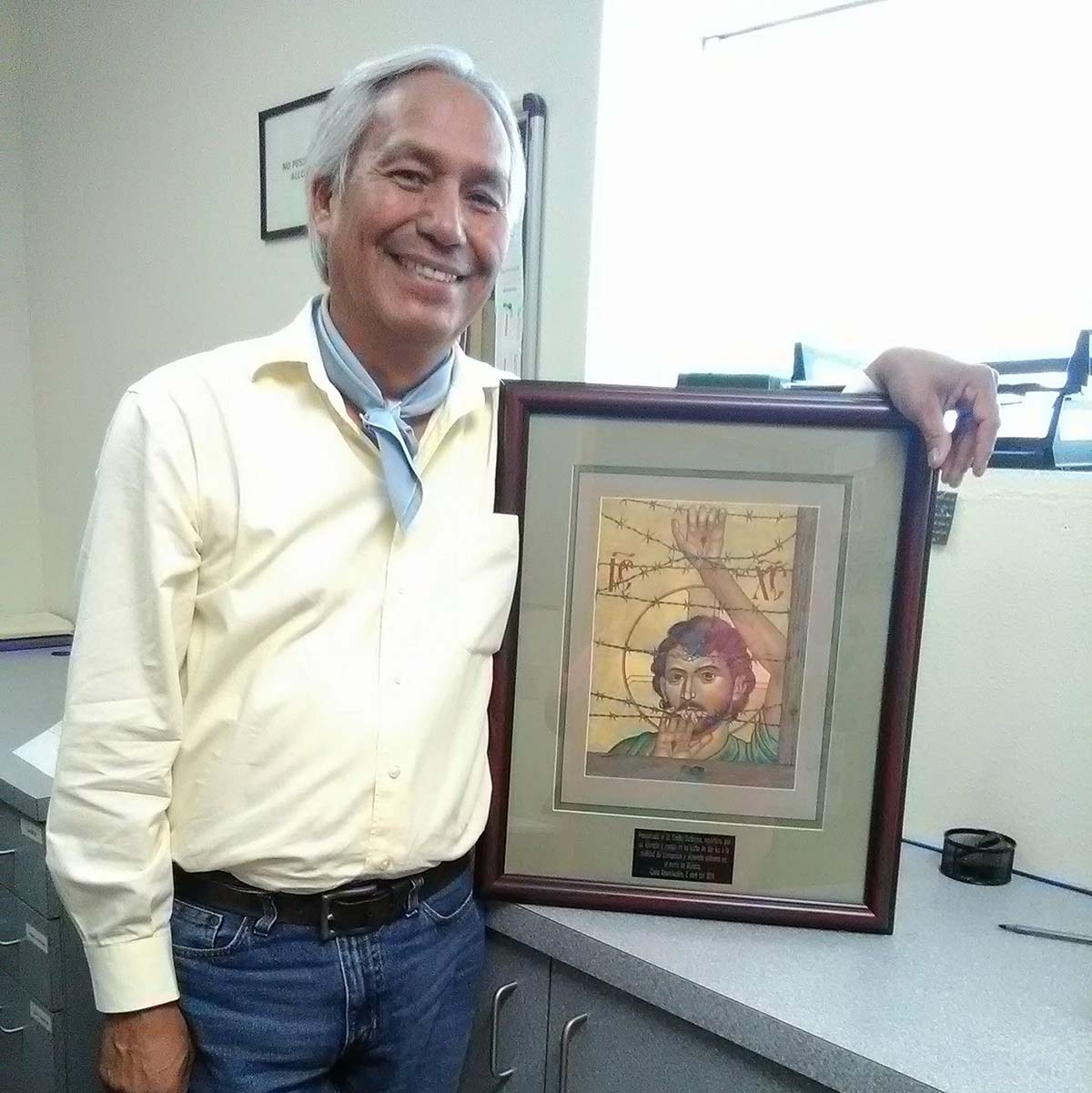 A Mexican journalist who sought asylum in the U-S only to be detained for nearly a year by the federal government has been freed.

Emilio Gutiérrez Soto and his son came to the U-S seeking help after he was threatened for his reporting work in Mexico. They sought asylum in this country but they were instead detained nearly eight months ago. A number of journalism organizations and lawyers worked to free them. Immigration and Customs Enforcement acquiesced to their demand shortly before it had to meet a deadline explaining to a judge why they were jailed.

Kathy Kiely of the National Press Club welcomed the news of his release. "We think it establishes that the rule of law still matters. You can’t be disappeared into the United States of America, cell locked and the key thrown away when you’ve done nothing wrong," Kiely said.

Next up for Gutiérrez: finish seeking asylum.

Mexican Journalist Honored for Defending Free Press Despite Dangers Border Groups Close Temporary Shelters for Asylum Seekers, Citing Less Need Immigration Attorneys Struggle to Defend Central Americans with New Asylum Policy
By posting comments, you agree to our
AZPM encourages comments, but comments that contain profanity, unrelated information, threats, libel, defamatory statements, obscenities, pornography or that violate the law are not allowed. Comments that promote commercial products or services are not allowed. Comments in violation of this policy will be removed. Continued posting of comments that violate this policy will result in the commenter being banned from the site.