A Dímelo story from the El Rio mailbox: 'Nothing same any more when he left.' by Mariana Dale Tweet 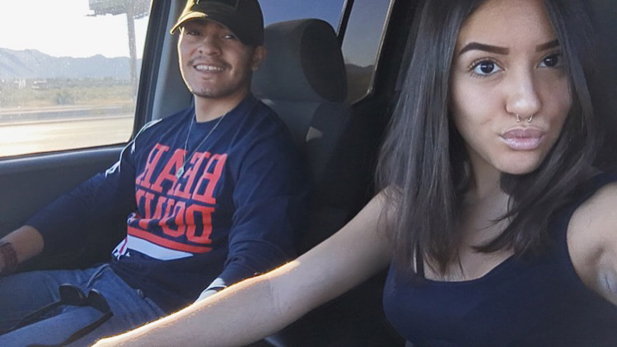 Summer and Israel tell people they met at a football game, but that's not the real story. “We actually met on Facebook, and I was like that’s so lame that we met like that," Summer said. "It’s so cliche, but whatever."
Courtesy Summer Soto 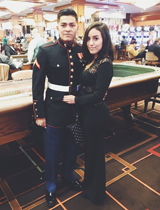 After Summer Soto left her boyfriend at the airport, she drove north to a scenic vista, parked her car and looked out over Tucson.

"All of a sudden it was like nothing was the same any more when he left. The drive home was different, the sunset was different. I came up here because I thought maybe things would be better. They were just like a little bit better, not that much.”

Summer 19, is a business student, a lifetime Tucsonan, and she’s in love.

Her boyfriend, Lance Cpl. Israel Corte is deployed to Okinawa, Japan. With the help of her cell phone, a stack of handwritten letters and a special place in Tucson, Summer is learning to weather the distance.

Summer and Israel brought their story to us via a postcard in one of the Dímelo mailboxes, find out where they are here, or share your story below. 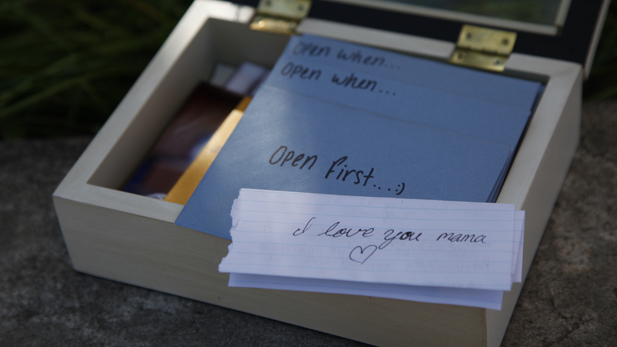 Israel left summer with a stack of envelopes before he deployed. Each one says "Open when," followed by a feeling or scenario. “Sometimes I really don’t say the right things," Israel said. "I just wanted to put it on paper for her so when I don’t always have the right words that she knows she can always find them in those notes.”
Mariana Dale

Learning to Uncover One Artist Creates "Army" of Tucsonans Stories from Tucson's South Side: What Makes a Place Your Favorite?
By posting comments, you agree to our
AZPM encourages comments, but comments that contain profanity, unrelated information, threats, libel, defamatory statements, obscenities, pornography or that violate the law are not allowed. Comments that promote commercial products or services are not allowed. Comments in violation of this policy will be removed. Continued posting of comments that violate this policy will result in the commenter being banned from the site.